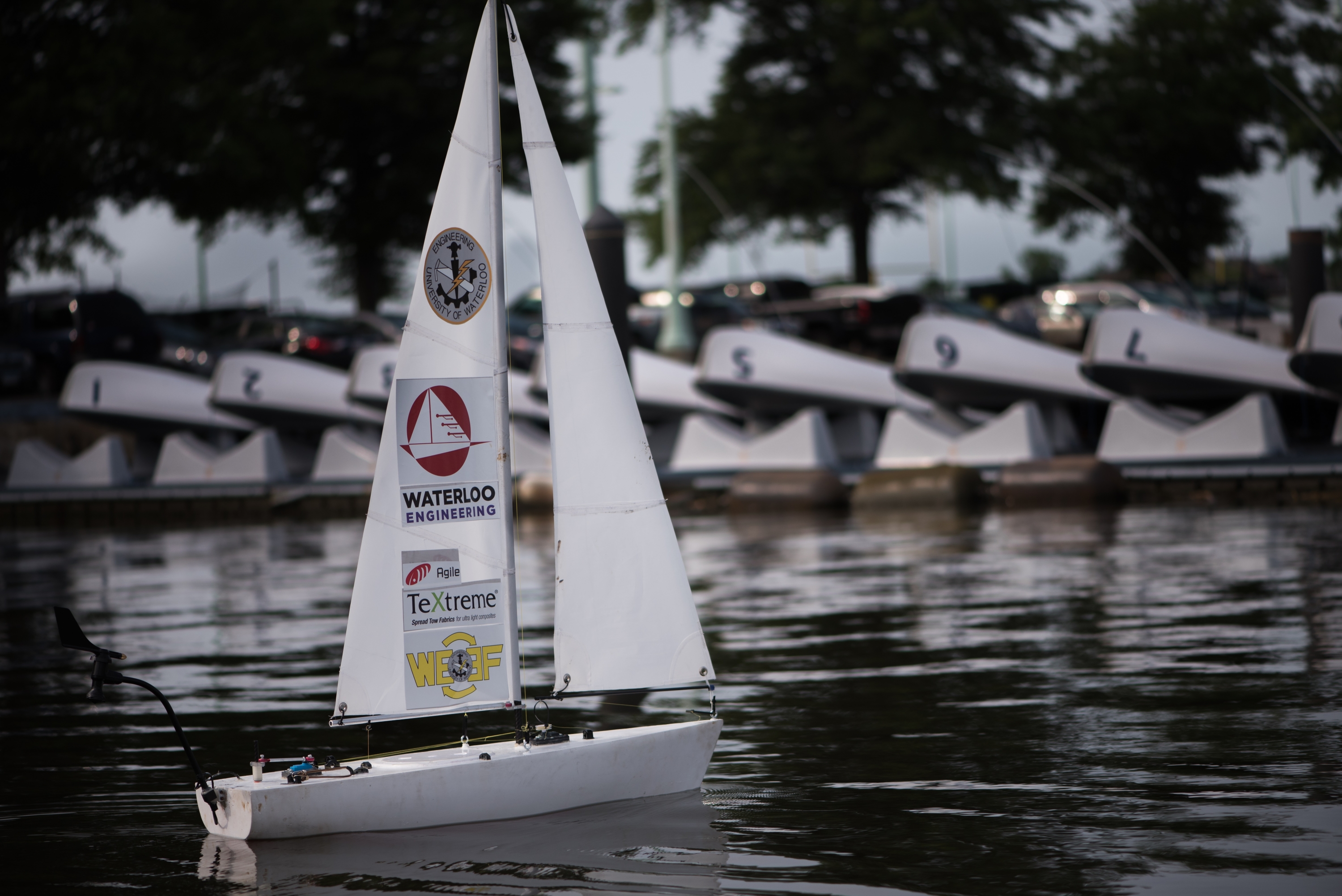 Anderson:  I didn’t know we had a robotic sailing team!  I learn something new every day.

The University of Waterloo Autonomous Sailboat Team (UWAST) may be new to robotic sailing, but like every hardworking engineering team with one eye on the horizon, its goal is to win, not just compete.

That mindset served UWAST well in June at the 2017 International Robotic Sailing Regatta in Annapolis, Maryland.

With five main challenges over five days, UWAST members proved they were up to the task of facing seasoned veterans. The team finished sixth overall — not bad for a university that had entered this kind of international competition just once before in 2006.

Representing the full spectrum of engineering – from mechatronics and mechanical, to electrical and chemical – members are optimistic they set the stage in Annapolis for future success.

The University of British Columbia “is a good team to look up to, and it’s pretty cool to see what Queen’s is doing,” Li said. “We don’t have a big body of water nearby, but it’s nice that Waterloo is competing. It’s a bit niche. Autonomous is all the rage these days and this combines the oldest method of transportation in the world with modern technologies.”

As Li explained, autonomous sailboats may never be used to transport goods across oceans, but there are already plenty of practical applications in play, such as collecting data — on currents, water temperature, fish counts — in the open ocean.

Getting their sea legs in Annapolis was a great opportunity for Waterloo students to create something innovative while working out complex scientific problems involving electronics, robotics systems and mechanical design.

UWAST’s 1.2-metre mono-hull — appropriately named after rapper Lil Yachty — is built of fibreglass, powered by sails and driven by the ingenuity of a software team that developed the boat’s brains, including algorithms for navigation.

Full autonomy means that a sailboat does its thing without humans on board to navigate, steer or sail — and the event proved to be a steep learning curve. As early as day one, when UWAST’s rudder kept shutting down during the fleet race, it was clear the team would have to make some big adjustments.

“That was a tough day for us,” Johnston said. “But we found some software problems and found some other teams’ ideas on how to rig the lines to stop them getting tangled. We left with a very different boat than what we went there with.

”Fortunately, things began looking up after day one. UWAST received maximum marks in its next two challenges, station keeping and payload, and did much better than expected in the endurance race.

“It was a blast,” Johnston said “We sat on an inflatable motorboat eating burritos on the water. We got very sunburnt, but everyone had a great time.”

First-year teams were permitted to make partial use of remote control from shore, allowing them to focus on base functionality before trying to go fully automated, but there were deductions for doing so.

Next year, the team’s goal is to be fully autonomous and make its own boat with a two-metre hull.

Johnston is pleased to have achieved partial autonomy and hopes next year’s effort will be able to go even further.

The overall winner of this year’s competition was Worcester Polytechnic Institute in Massachusetts, which will host the 2018 regatta.